Katie Holmes, who is the wife of Tom Cruise, is reportedly pregnant with the couple’s second child, according to British press reports. 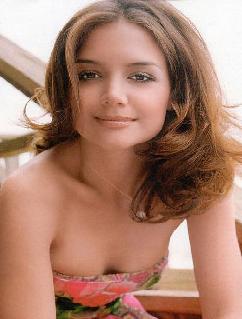 The Sun and Daily Mail yesterday published photographs of the 28-year-old actress sporting a rounded stomach as she left a Madrid restaurant with husband Cruise and her celebrity pals David and Victoria Beckham.

The celebrity couple flew into the Spanish capital to watch David’s final match with soccer team Real Madrid on June 17, ahead of his transfer to Los Angeles Galaxy next month.

Earlier this month, the actress said she was desperate to have a brother or sister for her 14-month-old daughter Suri and her stepchildren Isabella and Connor.