Johnny Depp, who was shirtless at that time, cruises the Mediterranean with his long-time girlfriend Vanessa Paradis on a private yacht. 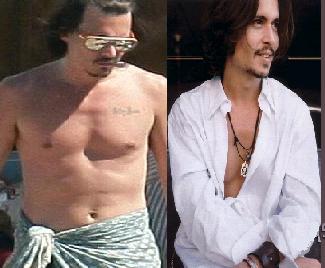 The pair was spotted cruising in Elba Island, Italy on July 20.

There is a speculation that the actor will marry his long-time girlfriend as early as the end of this month.

The 44-year-old actor is currently reside in France with Vanessa Paradis and their two kids.