Did Natalie Portman film a nude scene for Wes Anderson in Hotel Chevalier? The 17-minute short takes place in one room of a French hotel (Hotel Chevalier) and serves as “a short epilogue of one heartbreaking history of love and the prologue of the travel told in “The Darjeeling Limited.” 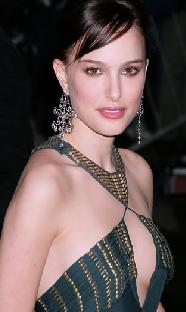 The film “Hotel Chevalier” appears a strong sense of romance and sexuality. It was described in one shot as “Schwartzmann gently pulls off Portman’s clothes to reveal her body from behind, and a later shot has Portman, nude, standing still in a doorway, one foot up against the frame. It’s a beautiful shot, and one that’s made even more pertinent by Sarstedt’s melancholic lyrics on the soundtrack. It’s the sexiest thing that Anderson has ever done.”

It won’t be long until the photos are online. The Los Angeles Times notes that “Hotel Chevalier” is being shown in conjunction with “Darjeeling” at film festivals — the Venice Festival earlier this month, the New York Film Festival on Friday and the London Film Festival in November — before being rolled out digitally.