James Haven, brother of Angelina Jolie, flew to Europe and rushed to Prague, where the actress is shooting new movie ‘Wanted”, to help her through the first Mother’s Day since their mother passed away. 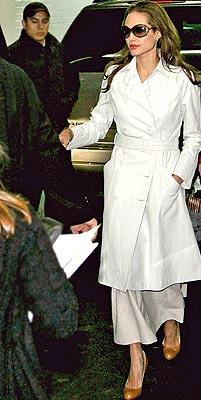 The two were devastated when their mother Marcheline Bertrand lost her battle with ovarian cancer in January this year.

A source revealed, “They spent the night crying, looking at photos of Marcheline and talking about their childhood. James then spent a few days in Prague with his sister, her partner Brad Pitt and their children to make sure Angelina was back on her feet before he returned to the US.”

After Marcheline’s death James Haven revealed that he and his sister consider themselves orphans, even though their father Jon Voight is alive. He said: “There were times when our father was awesome but my biggest memory is that he would look more to our faults than to our strengths, and that’s what was so hard. Now that our mother has died we’re two orphans, Angie and I, so she has a deep understanding of the orphans she adopts.”