Britney Spears and her British paparazzi Adnan Ghalib recently married in secret, according to an American magazine. 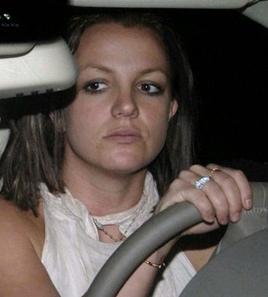 The magazine claims that troubled pop singer “secretly wed” Adnan during a trip to Mexico on 9 January.

A source revealed, “While in Mexico, they went through a quickie marriage ceremony.”
The source apparently maintained, “When Britney [Spears] recently accused her mother of ‘sleeping with my husband’, it wasn’t Kevin she was talking about – it was Adnan!”

If true, the wedding was just days after Britney [Spears] was first rushed to hospital, following an alarming standoff with police at her home.

But even so, the magazine insists the marriage is not legal because Adnan lied to the star and is actually still married to AzLynn Berry.

When she realized, Britney [Spears] first dumped Adnan Ghalib because she was so furious but later gave him $250,000 (£125,000) to speed up his divorce so they could wed for real.

The source added, “He is promising her that they’d get married again once his divorce is final.”

The alleged wedding took place when the singer and her boyfriend managed to sneak away from the media pack that follows their every move and drove to Rosarito Beach Hotel in Mexico.

The source insisted, “When Britney got out of hospital that first time Adnan talked her into going to Mexico to get married, saying that he was the only one who could protect her.”

They pulled off an amazingly detailed plot to foil the world be hiring decoy private jets and security teams in New York, Las Vegas and Hawaii.

According to the report, Adnan had assured Britney he was legally divorced – even though he is not.

The source continued, “When Britney and Adnan got back to L.A., her ‘manager’ Sam Lutfi told her that Adnan was still married. She confronted him and threw him out. But he managed to worm his way back into her life, promising her that they’d get married again once his divorce is final.”

According to the magazine, Britney’s lawyer Sorrel Trope had his suspicions over the wedding – and finally got proof of it on February 8. The next day, he quit, refusing to say why.

The source added, “In all my years, I’ve never seen as big a dirtbag as this guy. I can’t believe how he has taken advantage of this woman when she was in such a fragile state. She is delusional, and he has fed off that.”