Angelina Jolie has digitally bared all in the virtual world for her latest adult fantasy film, “Beowulf”. 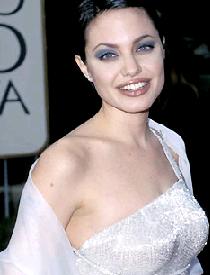 The 32-year-old actress has shot for the promotional shots of the movie that have been filmed in a photo-realistic animation style.

The “Good Shepherd” actress has regained her stunning curves for the film but with a little digital help.

According to a report, the much-awaited scenes show the sexy star rising from a lake totally unclothed except for dripping gold liquid.

Beowulf, which is directed by Robert Zemeckis, is set to hit theaters in the UK on November 16.