Keeley Hazell, who has hit the headlines with a private video leaked out, has graced the cover of Zoo Weekly Magazine. 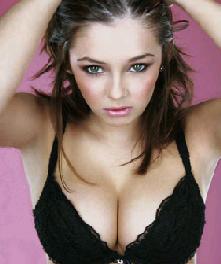 The 20-year-old model from Bromley, who is one of the hottest model in UK, appeared in the pages of the magazine and is very hot as she poses for cameras wearing lingerie.

Earlier this year, she has called in cops to discover the source of the leaked film, saying, “This was a private video that was taken a long time ago. I never meant for it to be seen in public. It’s a disgraceful invasion of my privacy.”