In the report, Angelina Jolie and Brad Pitt will earn almost $2 million for photographs of their newly adopted Vietnamese son, Pax. 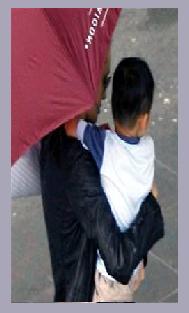 According to Radar magazine, Angelina is reported to have agreed to sell pictures of her new son to People magazine for a price between $1.75 million and $2 million.

Pictures of Angelina and Pax are now gracing the front cover of Hello magazine. The magazine also shows pictures of Pax with his sister Zahara and pictures of Pax sleeping next to his brother Maddox.

Brad Pitt and Angelina Jolie asked a surprising $4.1 million for photographs of them with their daughter Shiloh after she was born. The celebrity couple donated the amount to an unidentified charity.