Angelina Jolie became the center of the pregnancy rumors after the U.S. magazine claimed that the actress is three months pregnant with her seventh child. 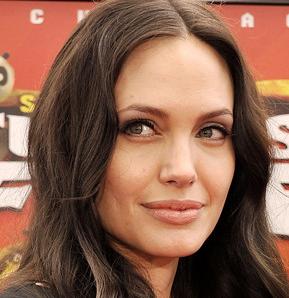 Weekly magazine In Touch, which broke the news of Angelina Jolie’s second pregnancy with twins, is adamant that the actress is expecting another child in the new year.

In an ‘exclusive’ report the magazine, which hits news stands tomorrow, indicated: “An excited Angie can’t stop talking about the new baby. So why doesn’t Brad seem thrilled?”

Angelina Jolie and partner Brad Pitt’s spokesman has denied the claims, leading other U.S. outlets to rubbish the claims.

However In Touch has consistently repeated the reports in recent weeks as th actress hit the cover of the magazine with a caption: Pregnancy Joy. According to the magazine, Angelina Jolie can’t stop boasting about her next baby, but her partner feels overwhelmed.

In recent weeks Angelina Jolie has given countless interviews about her desire to expand their family even further.

At the launch of the DVD for Kung Fu Panda last week she told reporters: “Anything could happen. We’re open to anything, we love kids and we’re having a great time. It’s chaos in our house, but it’s so much fun. We’ll definitely have more.”

And she added that she couldn’t be happier with Pitt, saying: “He’s the best daddy and we have fun, so whenever it gets hard we can just look at each other and find a way to laugh about and just appreciate that they’re only little once, and we should enjoy every minute.”