Jennifer Aniston, who was previously offered dating advices by “The Rules” authors, has reportedly turned down John Mayer’s marriage proposal. 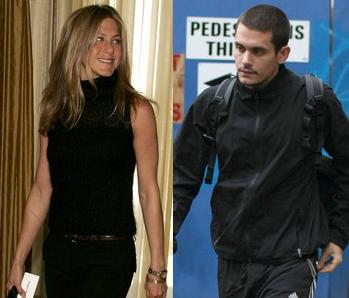 The former “Friends” beauty, who recently rekindled her relationship with “Gravity” singer John after a brief split earlier this year, is said to have declined John’s offer because she doesn’t want to damage their relationship.

A source revealed: “Jennifer said no when John asked her. She told John that everything is so perfect between them right now, they shouldn’t ruin the focus of their relationship. A wedding would be so stressful and Jennifer just wants to enjoy this phase, falling madly in love and getting a thrill if the other one texts when they are apart.”

However, despite being taken aback by Jennifer’s refusal, John is determined not to let her decision affect their romance, and still thinks they have what it takes to go the distance.

The source continued: “John told Jennifer she is the girl for him and he is sure of it. He is willing to do anything she wants as long as they are together. He is like a different guy.

The source added: “John was over the moon when Jennifer took him back last month and he never wants them to be apart again. He really wants to settle down with her. He wants children, marriage – the whole thing at some point.”