Angelina Jolie’s co-workers on the New York set of her new movie “Salt” are worried that she might be self-harming. 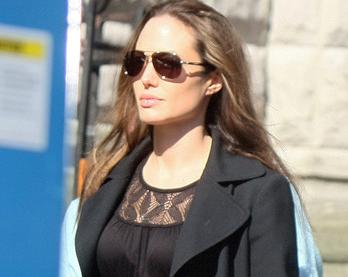 The actress, whose relationship with partner Brad Pitt is said to have broken down completely, has been shutting herself away in her trailer most days, fueling speculation she may have starting cutting herself again, a habit Jolie has admitted to in the past.

“Angie’s been crying in her trailer most days and is barely eating. She keeps forgetting her lines and she’s been shaking and staring into space,” according to a movie insider.

The insider continued: “In fact, it’s been so bad that some crew members have suspected she’s using drugs, although that’s out of the question. But the ones who know her realize it could be something much, much worse if she’s self-harming.”

The insider added: “When she’s at home she just about holds it together, but she stays up listening to the same song over and over and rarely sleeps.”