Angelina Jolie, who had landed in New York earlier in the week, arrived with partner Brad Pitt in New York. She was spotted while walking the red carpet at the New York Film Festival for Saturday night’s premiere of her movie “Changeling.” 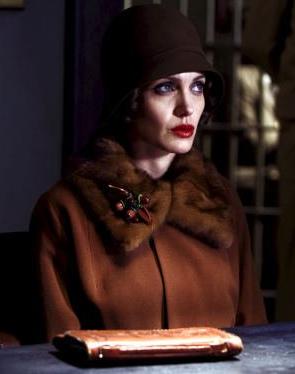 When asked if she felt nervous to be back in the spotlight, the “Challenging” actress replied: “Not nervous as much as I just took a deep breath because it’s been so long. It felt a little strange.”

Perhaps the Manhattan visit marks her first time of being spotted in the limelight since the birth of their twins, Vivienne and Knox. It is also another unusual time that Brangelina spent some time in the city with their children.

Angelina Jolie talked about her kids, saying: “Everybody’s great. The babies are getting big and healthy and developing personalities.”

The actress revealed her experience of staying in the city that never sleeps, explaining: “We are a little bit [sleep deprived]. We have some help a couple of nights a week, so on those nights we catch up on our sleep. I run around with all the other kids, and I’m breastfeeding, which I think is a part of your body’s recovery,” Jolie said. “I feel great [and] feel very happy that they’re healthy.”

The 33-year-old actress shared her thoughts of her new movie, in which she plays a mother whose son is kidnapped.

She shared: “Your worst fear is anything happening to your kids. The reason I didn’t want to do the film for a long time … every day I came home, and I was so clinging to my kids. I was grabbing them. And checking them in the night. It scares me.”

When it comes to adopting more children, the actress chose to wait, adding: “I think we’re going to wait a little while.”