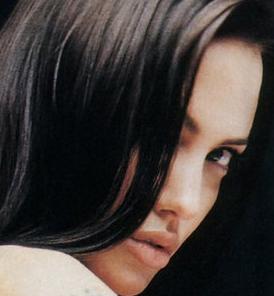 The 31-year-old actress insists she disciplines Zahara and Shiloh while Brad lays down the law for Maddox and Pax.

She revealed in an interview, “When it comes to disciplining the boys it is Brad and with the girls it’s me. It’s not intentional but Zahara can pretty much get anything she wants from her dad! Zahara and Maddox love Brad. Everybody seems to be safe in his arms.”

As for the Vietnamese boy adopted by the actress, Angelina Jolie revealed, “Pax loves his newfound freedom. He is almost three-and-a-half and has never made a real decision for himself because everybody did everything in a group in the orphanage where was staying. There were all these things he’d never had. The first time I gave him a bath, he was suddenly laughing, out of his mind. He took five baths in one day. We’d be talking and he’d take his clothes off and run into the bathroom.”