Angelina Jolie, who was known for her sexy curves, had nightmares about flashing her flesh on the set of her latest movie. 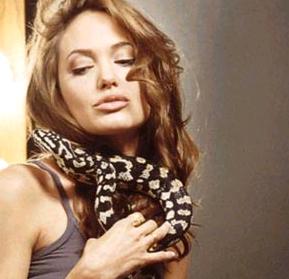 The “Good Shepherd” actress disrobed for Beowulf, but she didn’t enjoy the experience, saying, “I got a little shy. I was really surprised that I felt that exposed.”

The actress continued, “There are certain moments where I felt actually shy – and called home, just to explain that the fun movie that I had done that was digital animation was, in fact, a little different than we expected.”

The 32-year-old actress added, “I didn’t expect ourselves to come out as much. I didn’t expect it to feel as real and so, because of the type of character I play, it was kind of funny at first. I was three months pregnant. You wouldn’t know. We did the mapping of my body before. It was a pleasure.”