Angelina Jolie, who seems to dislike Los Angeles, was back in town to film “The Changeling”. The actress was looking forward to returning to Hollywood for one reason: She’d have the chance to reunite with her former husband Jonny Lee Miller. 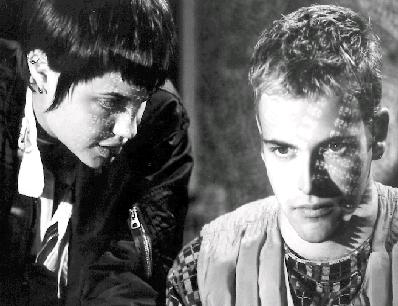 Unfortunately, according to a report, Jonny Lee Miller doesn’t want to see her since he is hard at work on his upcoming TV show, Eli Stone.

The source revealed, “Angelina’s world is too alien to him right now. He’s trying to focus on work and doesn’t want to get dragged into the drama. And he and Brad Pitt are not friends.”

The 32-year-old actress was reportedly very upset about the snub. The source added, “She really wants to see him. She’s hurt that he won’t find the time. Angie doesn’t take rejection well, and this is especially hard for her because she cares so much for Jonny. Though Jonny says part of him will always love Angie, he doesn’t want any more publicity simply for being her ex.”