Angelina Jolie has been snubbed by Italian Prime Minister Romano Prodi, according to reports. 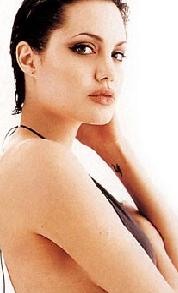 The “Good Shepherd” actress was attending a U.N. conference in New York earlier this week, where she was planning to quiz the premier about his stance on world poverty.

But Romano Prodi, who cancelled the meeting at the last minute, is unimpressed by the attention the 32-year-old actress is getting, saying, “I’ve never seen a politician get into trouble for not meeting an actress.”