Drew Barrymore is so obsessed with British pop group Duran Duran to a certain point that she believes she is destined to marry one of them. 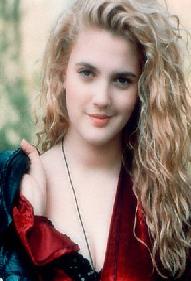 The Charlie’s Angels actress admitted her life-long crush on Simon Le Bon, John Taylor, Nick Rhodes and Roger Taylor and she hopes to one day meet her idols.

She revealed, “Oh, God – Duran Duran. I was convinced, if any member of that band would meet me, they would understand I was supposed to be their wife. I was absolutely in love with them.”

She added, “I loved Boy George, too, and Cyndi Lauper. But Duran Duran were the ones.”