Angelina Jolie and Brad Pitt won’t make another movie together because there would be nobody to look after their children. 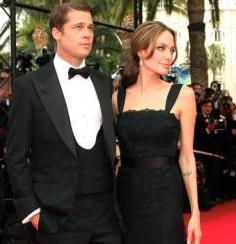 The celebrity couple is determined to raise their four kids, Maddox, Pax, Zahara, and Shiloh, themselves.

The devoted parents have made a pact that only one of them works while the other cares for the children.

Angelina Jolie revealed, “We won’t work together again, because who would be there to watch the children if we did?!”

The “Good Shepherd” actress revealed that she and Bard want to be as hands-on as possible because she doesn’t trust other people easily, saying, “I think that every parent worries that something will happen to their child. It’s not that I distrust everyone, it’s just that I don’t walk around with complete faith, openness and trust.”