Angelina Jolie, who previously graced the cover of “W” magazine, was photographed by Brad Pitt in a series of arty black-and-white photos for the November issue of the fashion and culture magazine. 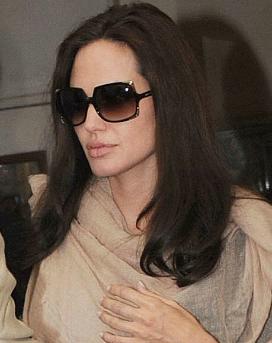 Brad Pitt is so proud of his arty black-and-white photos of Angelina Jolie and their children in the November issue of W magazine that he sent his parents, Bill and Jane, an advance copy. They didn’t exactly toast his accomplishment.

According to the source, Jane is especially horrified by the cover image of Angie breast-feeding. The only fan in the family is younger brother Doug because “he and Brad share similar photography styles.”

Brad Pitt and Angelina Jolie have a long relationship with W Magazine that started when the two worked with photographer Steven Klein for a series called “Domestic Bliss” in 2005.