Angelina Jolie, who dispelled rumors of postnatal depression and marital rifts, revealed that her film “Changeling” had so much impact on her, it nearly prevented her trying for another baby. 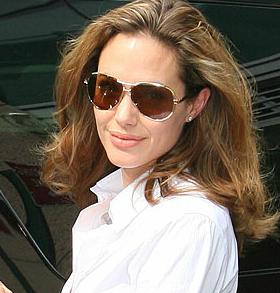 The actress said playing the part of Christine Collins in the film, which tells the true story of a woman’s son going missing, only to be replaced with an impostor, stuck in her mind so much it gave her nightmares and panic attacks.

Angelina, who made the film in August and September last year revealed: “I was wacko, emotionally, during this one. I just couldn’t get the story out of my head. It was like, do you want to start a pregnancy in this high emotional state? I felt so raw.”

However, the 33-year-old actress become pregnant and gave birth to twins, which was named as Knox Leon and Vivienne Marcheline, four months ago.

She is also mother to four other children: adopted kids namely, Maddox, seven; Pax, four and Zahara, three and her biological daughter with Brad Pitt, Shiloh, two. She says that during filming she would become intensely paranoid for her children.

She added: “It’s harrowing to watch and, yes, it was harrowing to make. During this film I was much more paranoid about my own children – where they were, what they were doing. I remember one weekend I’d taken a nap and Shiloh was asleep in her cradle, and when I woke up she was gone. I was freaking out. And nothing had happened – Brad had taken her and the rest of the kids to the park. But [the] story haunted me. Throughout filming I was hugging the kids and keeping them close to me.”