Burlesque bombshell Dita Von Teese is fighting for her rights as she filed suit for illegal image. 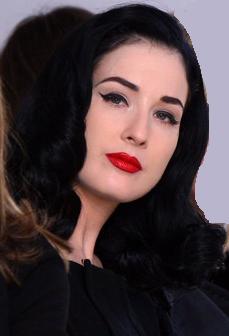 The 36-year-old model and actress has filed a federal lawsuit against a company that put her photo on a book cover without permission.

The papers filed on Friday claim that Dita’s face is “a valuable and integral portion of her celebrity persona” and that the company “commercially exploited her image and likeness to their own gain.”

Dita Von Teese is also suing the photo agency that provided the image.