Angelina Jolie, who bagged a Screen Actors Guild nomination, admitted she got too skinny this year but says she was bothered by all the negative scrutiny. 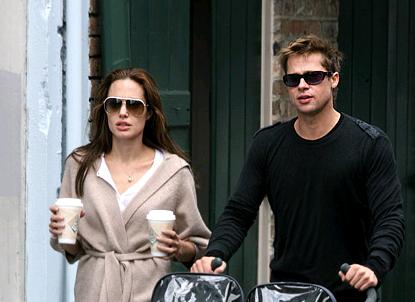 The 32-year-old actress opened up about her weight loss in the new issue of Grazia magazine.

The “Good Shepherd” actress revealed, “The thing that’s disturbing is that instead of people saying, ‘This looks like a person that’s actually dealing with something, probably from emotions,’ they say, ‘Does she fit into skinny jeans and look thin?’”

She continued, “I want people to understand who I am as a person is not somebody that’s trying to look thin, but just trying to work through a very difficult year.”

About her partner Brad Pitt, she added, “He is just a great friend and when my mother passed, he was so great,” she said. “He sat with me and held [my mother’s] hand. After she passed away he spent the night asking my brother and me about our mother and got us to tell funny stories about her. He focused on all the love and joy we were fortunate enough to have had. He was extraordinary.”