Angelina Jolie is commenting on this morning’s Golden Globe nomination for Best Actress for her film, “A Mighty Heart.” 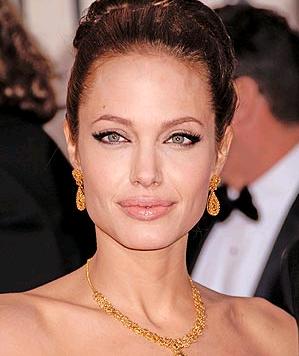 The “Good Shepherd” actress revealed, “‘A Mighty Heart’ means a lot to me as do all who worked on it and I am very grateful to be acknowledged.”

She also won the Best Supporting Actress in a Motion Picture Golden Globe for “Girl, Interrupted” in 2000.

Angelina Jolie walked the red carpet at the 2007 Globes ceremony with Brad, who was nominated for Best Performing Actor for his work in “Babel.”