Angelina Jolie, who revealed breastfeeding her daughter Shiloh was “hard,” admits she struggled to film ‘A Mighty Heart’ while nursing Shiloh. 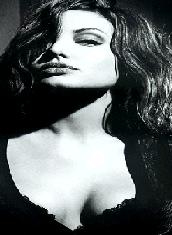 She revealed, “I was pregnant when were preparing ‘A Mighty Heart’. I had Shiloh, then I breastfed, then I did the film. I was breastfeeding but I could only do so much. It’s hard. It was much harder than being pregnant.”

The “Good Shepherd” actress breastfed Shiloh for a few months, saying, “In Africa they don’t have many alternatives and the water is not safe so I guess it makes sense to breastfeed for two years. But I did it for about three months and that was it. I don’t sit still well, I hate to sit still. I ended up walking around a lot with her when I was doing it.”