Jordan’s Queen Noor has invited Angelina Jolie to stay with her. 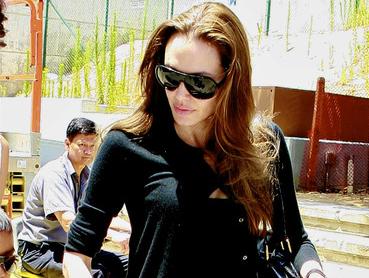 The 57-year-old royal – who is the widow of King Hussein – is good friends with the Hollywood actress and has opened her home to the star during her stay in Amman.

A source told In Touch Weekly magazine: “Angelina will be staying with Her Majesty Queen Noor, who is a good friend of hers.”

Angelina, who has been accompanied on the trip by her seven-year-old adopted son Maddox, is in Jordan to attend the 24th annual Arab Children’s Congress.

The ‘Changeling’ actress is a United Nations Goodwill Ambassador and has supported the foundation for many years.

It is believed the 34-year-old beauty is a guest of honour at the event.

Angelina – who raises six children with her partner Brad Pitt – previously attended the event in 2004 and has visited Jordan on several occasions.

Angelina and Noor – who has four children – are believed to have bonded over their experiences of motherhood and their dedication to charitable and humanitarian campaigns.

The 34-year-old actress took time out of her busy schedule as a United Nations Goodwill ambassador to meet with soldiers from the 1st Cavalry Division and Multi-National Division-Baghdad at Iraq’s Camp Liberty.

“I visited Walter Reed [Army Medical Center] and I was inspired and reminded of all the bravery of all the men and women,” Angie shared. “I’m always just honored to spend time with everyone in the military. I was allowed to come, and I’m privileged to be here.”