Angelina Jolie, who previously graced the cover of magazine with breastfeeding photo, has bought her seven-year-old son a knife. 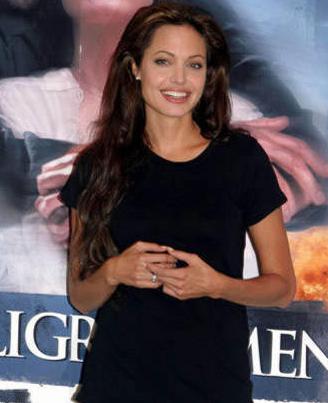 The “Wanted” actress, who adopted son Maddox from Cambodia in 2002, wanted him to learn how to defend himself and understand the responsibilities of carrying a weapon.

The actress revealed in an interview with W magazine: “My mom took me to buy my first daggers when I was 11 or 12. And I have already bought Maddox some things.”

She continued: “We take him to a special shop. We also talk about samurais and the idea about defending someone as good. We talk about everything. I suppose I just looked at him and loved him and just felt open to it. I suddenly wanted to.”

Angelina Jolie, who also has two other adopted children, Pax and Zahara, along with twins Knox and Vivienne and daughter Shiloh with partner Brad Pitt, has previously revealed she self-harmed when she was a teenager.

She added: “I collected knives and always had certain things around. For some reason, the ritual of having cut myself and feeling the pain, maybe feeling alive, feeling some kind of release, it was somehow therapeutic to me.”