Angelina Jolie wants to be remembered for her humanitarian work, not as an actress. The actress says acting leaves her feeling “empty” compared to the pride her charity work instills her with. 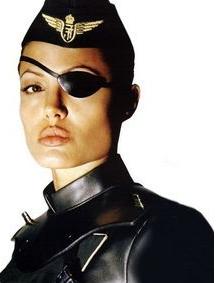 The actress revealed, “I have no animosity toward Hollywood or the demands of the red carpet, all that silliness. That’s my job, and I’m happy to have it. But when I die, do I want to be remembered as an actress? No. I recently had a column published in a newspaper and at the end it didn’t say I was an actress. It said that I was a UN Goodwill Ambassador – that’s all. And I was really proud. I entered this business before I had focus and purpose in my life. I was very unhappy, very unhealthy, and when I sat down for an interview, I didn’t know why. I felt like I didn’t have anything to share. It was a very empty time.”

The mother-of-four also spoke again of the problems she and partner Brad Pitt have finding time to be alone together, saying, “I try to make sure that each of my children has enough of my attention to feel equal. I try to make sure that my relationship with the man in my life is solid and complete and we’re very connected and having a great life together and enjoying our children and being part of the world. So that’s my life.”

The actress added, “We don’t go to parties. We hardly ever leave the house. We try to schedule time when we’re alone. Some people have their lives together and then they have their children. Brad and I are starting with the children and are planning to have our time together in our later years.”

Angelina Jolie is reportedly planning to adopt a fifth child from the Czech Republic where she has been living while filming thriller ‘Wanted’.