By their own admission, six children just aren’t enough for Brad Pitt and Angelina Jolie. Indeed, when it comes to the Brangelina bunch – Maddox, 7, Pax, 5, Zahara, 4, Shiloh, 2, and twins Knox and Vivienne, 7 months, it’s never a matter of if, but when the family will grow. 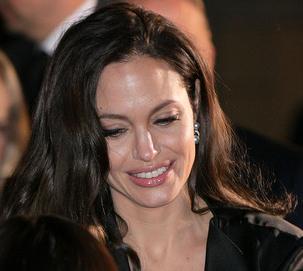 In fact, it has been reported that Angelina Jolie, 33, is hoping to be pregnant with baby number seven by summertime.

A source close to the actress revealed: “Angie is doing everything she can to get pregnant. She’s taking prenatal vitamins, has dramatically cut down on her junk-food consumption, and is seeing her obstetrician regularly whenever she’s back in L.A.”

As it has previously reported, doctors advised Angie not to conceive for at least a year following the July 12 birth of Knox and Vivienne. But the anxious actress is wasting no time in making sure the pregnancy happens right on schedule – or even before.

The source added: “Her goal is to be pregnant by the time Knox and Viv have their first birthday. Angie is one of those people who always manages to achieve whatever she wants.”