Angelina Jolie is tired of being tied down to one man — and has told partner Brad Pitt she wants an open relationship, according to a new report. 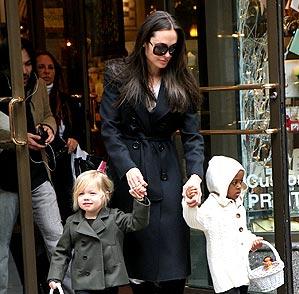 The actress, who raises six children with the Burn After Reading star, apparently dropped the bombshell during a heated row.

A source revealed: “Angelina and Brad were having one of their arguments when she told him she was so sick of being stressed that she just yearned to be free and wouldn’t care if they had other lovers.”

The source continued: “Ange has never been a traditional kind of girl, especially when it comes to romance. Even though Brad was attracted to her unconventional behavior initially, at his core he’s a traditional guy.”

The source added: “As open-minded as he tries to be, he certainly wouldn’t be fine with her sleeping with another man and would definitely have resented the suggestion, even if it was a petulant slip of the tongue on her part.”