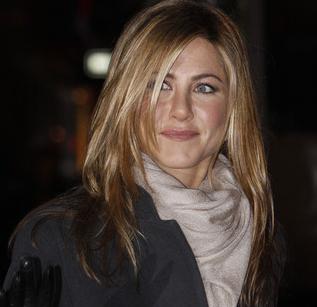 The actress earned a whopping $27 million last year, Parade magazine reports in its April 12 issue. (She made the same amount in 2007 as well — out-earning Angelina Jolie, who made $14 million.)

Meanwhile, sales of dog food have rocketed in Europe after Hollywood stars Jennifer Aniston and Owen Wilson ate some on a German TV show.

Budget-conscious Swiss families are tucking into tins of the stuff rather than buying more expensive dishes.

A spokesman for supermarket chain Migros said: “It may sound disgusting but dog food is made to human standards and is safe to eat.”

The stars had to eat dog food after losing a dare while promoting their new film Marley And Me on talk show Wetten Das.