Angelina Jolie’s daughter will only wear her older brother’s cast-offs. 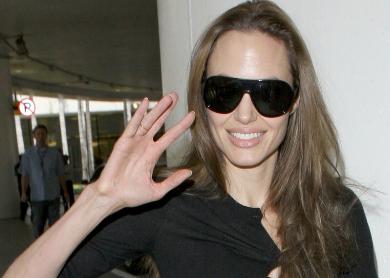 The 34-year-old actress – who raises six children with partner Brad Pitt – has tried everything to persuade three-year-old Shiloh to wear other clothes, but she refuses to don anything that hasn’t belonged to Maddox, seven.

At the moment, the toddler can regularly be seen sporting a pair of Maddox’s old soccer boots.

She loves the shoes so much she even wears them to her ballet and tap dancing lessons.

A source told the National Enquirer magazine: “Shiloh always wants to wear those shoes. She cries when Angelina tries to put anything else on her.”

It is not the first time Shiloh has fallen in love with an item of clothing.

Last year, she wanted to wear a ballet tutu at all times, and was seen in it “for months”.

Shiloh’s love of clothes doesn’t seem to be inherited from her mother.

Angelina recently revealed she doesn’t spend much time thinking about what she will wear to red carpet events, and is more interested in whether a dress is comfortable than the impact it will have.

Meanwhile, Brad Pitt and Angelina Jolie pick up Happy Meals and other treats for all of their kids — Maddox, 7, Pax, 5, Zahara, 4, Shiloh, 3, and twins Knox and Vivienne, 1 — at a McDonald’s drive-thru in Hollywood on Sunday afternoon (July 26).

Looks like Brad and Angie also picked up iced coffees for themselves! (Brad sat behind the driver’s wheel in the family’s Chevrolet Suburban SUV while Angie wrote shotgun.)