Tony Romo was looking for just the right moment to finally kick Jessica Simpson out of his life – and he found it at an International House of Pancakes in the middle of Texas, according to a report. 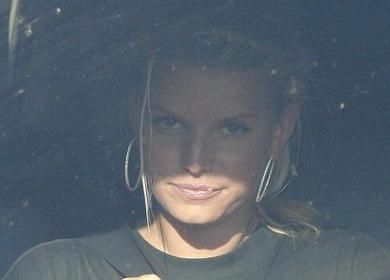 Tension between the two reached a boiling point during a three-hour car ride from the home they shared in Dallas to a golf match in Austin just weeks before the final split on July 9.

“They’d argued a lot over the past several months. This time Tony barely said a word,” said an insider.

“He suddenly pulled into the parking lot of an IHOP and growled, ‘Get out.’

“Jess got out and slammed the door. Before she could say anything, Tony peeled off.

“She ended up crying her eyes out for the next two hours while she waited for someone to come pick her up.

“If she didn’t realize it before, she finally got the message that Tony had reached his limit.”

As the ENQUIRER previously reported the couple had been fighting bitterly for months but the Dallas Cowboy felt obligated to keep the sham going after receiving a $100K speedboat for his April birthday from Jessica.

But the day before he checked one of her cellphones and found secret text messages from her ex lover doll John Mayer!