Anna Kournikova has fueled speculation she may be expecting a baby. 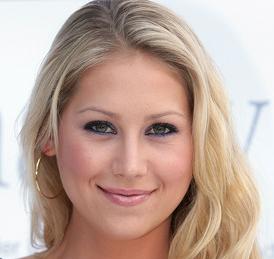 The pregnancy rumor began to spark after the tennis player was recently spotted showing what appeared to be a baby bump.

The Russian beauty was often photographed wearing a bikini or shorts. But Anna opted to wear a lose fitting top while going sailing with her boyfriend Enrique Iglesias on January 11 in Miami, Florida.

Anna sported a white top and black leggings during her recent sighting in Miami. The 27-year-old model was seen chatting with a woman before going sailing with her 33-year-old musician beau.