Kevin Jonas and Nick Jonas mention some of the things that they have ever done for love as they shared the details to Twist magazine a bit about their love life. 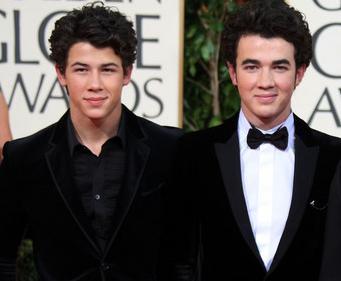 Oldest brother Kevin revealed to the latest issue of the publication: “The craziest things I’ve ever done for a crush was when I flew across the country just to see her for a day.” He goes on detailing: “I was about 16 or 17 and had been on tour for a while, so getting away for a day to go see her was a lot of fun. That was a good time!”

As for Nick, he opts for a more conservative treatment. He argued: “Manners are very important. I hear so many girls be like, no one ever opens doors for me. No one ever does that. So, do that, pull out a chair, stand up when a girl comes to the table, we were taught etiquette at a very young age.”

Kevin Jonas, Nick Jonas, and brother Joe Jonas helped rocking the “Kids’ Inaugural: We Are the Future”, which is part of Barack Obama’s presidential inauguration, on Monday, January 19, performing their songs “Tonight” and “Burnin’ Up”. Besides, they also delivered a rocked-up version of “Lovebug”. Jonas Brothers were among the many other performers at the event taking place at the Verizon Center’s stage, which included Miley Cyrus, Demi Lovato, and Bow Wow.