Annie Leibovitz, who is a photographer, has revealed some details on her infamous photoshoot with the Queen, describing the monarch as “a bit cranky”. 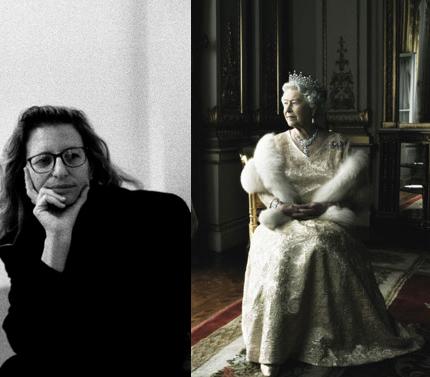 Annie Leibovitz’s encounter with the Queen at Buckingham Palace last year was filmed for a BBC documentary series. The footage led to ‘Queengate’, when a trailer was misleadingly edited to give the impression that the Queen had stormed out in a huff, and led to the resignation of BBC1 controller Peter Fincham.

During the photo shoot, Annie Leibovitz asked the Queen to remove her “crown,” which is formally referred as a tiara, for a “less dressy” shot. The Queen, wearing a ceremonial robe, retorted: “Less dressy? What do you think this is?”

Writing about the exchange in a new book, serialized in the October issue of Vanity Fair, Annie Leibovitz said: “I thought she was being funny. English humor. But I noticed that the dresser and everyone else who had been working with her were staying about 20 feet away from her.”

The Queen was late for the sitting and the entire shoot was done in less than 25 minutes, Annie Leibovitz added. She went on: “Right after we finished, I went up to the press secretary and said how much I loved the Queen. How feisty she was. Later I mentioned to a couple of friends that she had been a bit cranky, but it was nothing unusual.”

The American photographer had already made something of a faux pas when discussing ideas for the shoot with Palace officials.

She recalled: “I thought about using the landscape around Balmoral Castle, in Scotland. I brought this up in the very first conference… I had been influenced by Helen Mirren’s performance in The Queen and I couldn’t help mentioning how much I liked her character in that film. There was a long silence on the other end of the line.” The Balmoral idea was turned down in favor of Buckingham Palace.

The presence of the documentary crew was not to her liking: “I would never have agreed to their being there if I felt I had any choice, but they had been following her around for months.”

Despite the ensuing “brouhaha”, the photographer said she felt honored to be the first American invited to produce an official portrait of the Queen. The October issue of Vanity Fair is out Friday.

In the photograph, the Queen sitting in the White Drawing Room at Buckingham Palace dressed in a pale gold evening dress, fur stole and diamond tiara.