Beyonce Knowles joined Destiny’s Child to the stage to perform their medley of hits during their Coachella performance but a report claimed that the publishing of her pictures is under control. 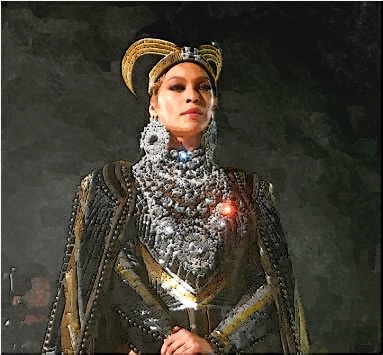 The publicist of “Crazy In Love” hitmaker reportedly sent out an e-mail to news outlets Friday asking them not to publish fans’ pictures of her hotly anticipated performance at Coachella. They were advised to publish the approved shots of the Saturday’s show. Perhaps the singer’s people did not want to repeat the awkward situation after her 2013 Super Bowl halftime show. The unflattering pictures of her showstopping performance were asked to be taken down from a website. The representative for Beyoncé did not make a comment regarding the issue. Meanwhile, Beyonce Knowles encountered fashion mishaps during her latest performance. She was forced to perform a number of moves one-handed, with her left hand holding the skimpy camouflage bodysuit. She obviously looked unimpressed when both of her glittering thigh-high boots slipped down to her ankles.