The first syllable of Kris Allen’s name was all anyone needed to hear. The rest was drowned out by shrieks of joy in the “American Idol” winner’s hometown. 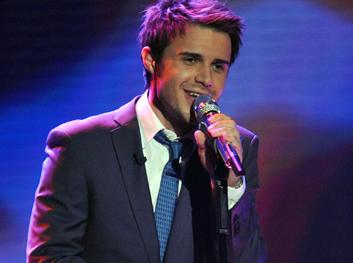 Allen’s unlikely victory Wednesday night delighted the spirited crowd that gathered in downtown Conway to watch the FOX competition’s finale on a big screen. When Allen was announced as the winner, fans shouted their approval in a delirious scene that included fireworks overhead.

“I just couldn’t stop jumping up and down. I was so excited — and just screaming,” said 20-year-old Tina Banks. “And now my throat hurts.”

Banks and her mother came downtown at 5:30 p.m local time — the results weren’t announced until around 9.

Jamie Butler, 32, was there as well. She said she started watching “American Idol” this season and wasn’t about to miss Allen’s chance to win.

“I was very, very, very nervous. I mean, sweaty hands, you know,” she said. “And then they announced it, and it was just like … eruption.”

Allen, 23, was the surprise winner over fellow finalist Adam Lambert.

The crowd was gathered at the same park downtown where Allen performed a couple weeks ago during a homecoming trip to Arkansas. A crowd of around 20,000 showed up for that visit.

“At his home concert, I was the first one out here at 10:30 in the morning to get a front row spot while my kids were in school. I ditched them and I came,” said 44-year-old Lisa Eason. “My family all over the country — I’ve been mailing out T-shirts and all kinds of stuff to them.”

On Wednesday, the crowd could have probably been measured in the hundreds, and fans had a hard time seeing the big screen at first because of the sun’s glare early in the evening. But it was dark out by the time the winner was announced, and the crowd in this small town about 20 miles north of Little Rock went home happy.

“Now I can stay in Conway,” Eason joked. “Because it’s not boring anymore.”