Ashlee Simpson, who wears a bikini, was seen looking good while vacationing with boyfriend Pete Wentz. 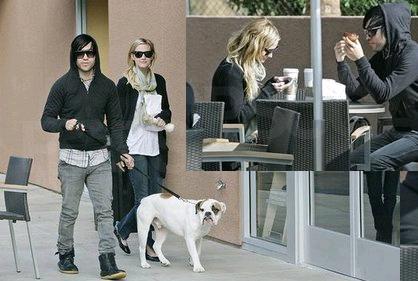 The pair took a vacation in Costa Rica. You could see their pictures of their vacation here.

Pete was spotted near the pool while his girlfriend maintaining her tan. They also stayed at the hotel, where they were awkwardly stayed in a hotel next door to Vanessa Minnillo and Nick Lachey.

After an exhausting few weeks of the party circuit and vacationing, Pete and Ashlee were back in LA Wednesday.

The couple was seen holding coffee at Starbucks with Pete’s English bulldog Hemingway. Ashlee seems content being by Pete’s side rather than out promoting her new single.