“High School Musical” star Ashley Tisdale has recorded her own version of some of the 80s biggest hits including Rick Astley’s 1987 hit “Never Gonna Give You Up.” 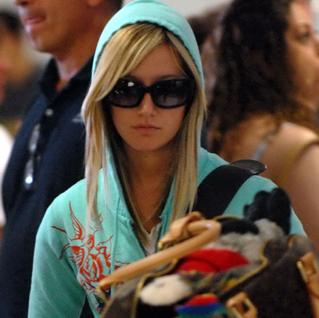 Ashley Tisdale (“High School Musical,” “The Suite Life of Zack & Cody”) and her boyfriend, Jared Murillo, shopped for rings last week, according to a report.

According to the report, the celebrity couple visited Glendale Galleria shopping mall last Friday, where Ashley Tisdale paid for a ring for Murillo.

A clerk at Na Hoku revealed, “She already has a ring, they got it in Hawaii. They ordered one for him.”

The representative denied that Ashley Tisdale bought or received a ring, but the store clerk says differently. Something very sweet is written on it. She was very sweet, just like a regular customer.”

She recorded four covers of 80s hits and one from the 90s as part of her promotional campaign for Degree Girl, a deodorant from Unilever that targets the teen populace.