Ashley Tisdale went under the knife last Friday for a rhinoplasty procedure and is now recovering with her mother Lisa by her side according to a report. 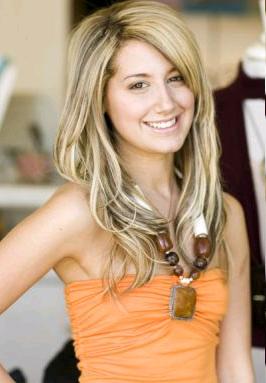 The 22-year old “High School Musical” star decided to go public with the news of her surgery so fans didn’t think she was hiding anything.

She revealed, “I didn’t do this because I believe in plastic surgery. I did this to help my health. I literally almost could not breathe out of the right side of my nose. I want my fans to know the truth. I’m not someone who is going to act like I had nothing done. I just want to be honest because my fans are everything to me.”

She added, “Growing up I always knew I had a deviated septum on the right side of my nose, which caused trouble breathing. The older I got, the worse it got. I went to get it checked out, and the doctor told me the septum was 80 percent deviated and that I had two small fractures on my nose.”

As for her recuperation, she revealed, “I’m not feeling great today. It’s uncomfortable and I hope this is the only time I ever have to go through something like this.”

About her feeling on five-hour procedure, she said, “I was completely scared. I wasn’t looking forward to the surgery at all. I actually had trouble sleeping for a week before.”

Ashley Tisdale caught the acting bug at the age of 8 when she landed a leading role in the Broadway musical “Les Miserables.” She appeared in shows like “7th Heaven,” “Boston Public,” Strong Medicine” and “Charmed” and later went on to become a household name after playing Maddie Fitzpatrick on the popular Disney series “The Suite Life of Zack & Cody.”