Emma Watson was featured “In Style” magazine for its January 2008 issue. 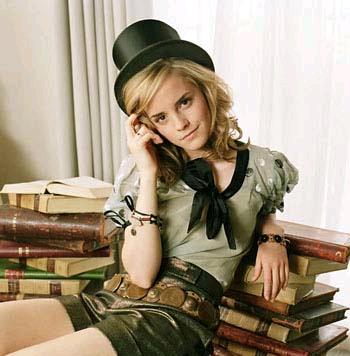 The “Harry Potter” star, who played the role of Hermione Granger, was sporting a fifties style look in a series of new photos, which you could see here and here.

The actress revealed her highs and lows of fame, saying, “Recently a woman took my arm, looked at me very seriously and said, ‘You’re quite pretty in real life.’ I didn’t quite know how to take it.”

The teenager also revealed she related to her character, Pauline Fossil, an orphan. She said, “She reminds me a lot of when I was younger. I was such a drama queen.”

When she got the part she wrote on her website: “I could not let such an amazing project go. I loved Pauline from the start.”