Ashely Tisdale must be having a busy day as she was spotted heading to an audition in Beverly Hills on Wednesday, January 7. 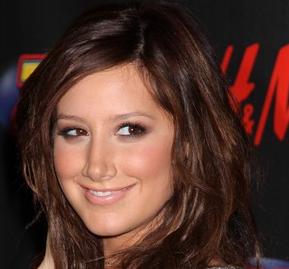 The “High School Musical 3: Senior Year” star looked like a superstar as she toted around the gold Louis Vuitton “Vernis” Alma handbag and her favorite Victoria’s Secret cardigan kept her warm.

The 23-year-old actress, who looked cute in a gray sweater paired with skinny jeans and black boots, was busy talking on her cell phone as she makes her way to a building in Beverly Hills.

She was also seen visiting an office building in Los Angeles on Wednesday.

She will soon be reprising her role as Maddie Fitzpatrick on The Suite Life on Deck. Episode “Maddie On Deck” airs next Friday, January 16 @ 8PM ET/PT on Disney Channel.

Meanwhile, Ashley Tisdale recently opened up about her nose job, telling Shape magazine: “I had to recover from the operation in front of the whole world, and a lot of photos were taken of me while my nose was still swollen. Some people made a big deal out of it, saying I had plastic surgery to change the way I look.”