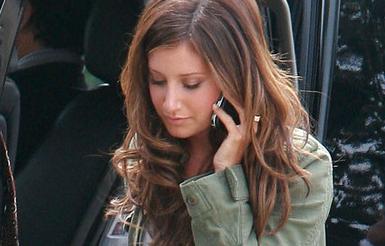 When Ashley returned from her vacation to Mexico on Monday, Speer was seen bringing her flowers and pushing her luggage.

Ashley was quizzed on the spotting when she appeared on Ryan Seacrest’s Morning Show on KIIS FM on Tuesday, April 14, for the world premiere of her new single It’s Alright It’s O K from her upcoming second album Guilty Pleasure.

“We are really good friends. He’s directed all my videos and we have a great relationship,” Ashley said.

“I am single right now. I am not jumping into anything. But ya, he is a really very good friend and he is definitely very hot,” she added.

Ashley also said her new album contains songs about her recent breakup with Jared Murillo and she plans a US tour in support of the album in August.