Aubrey O’Day, who has nude picture for the March 2009 issue of Playboy previously leaked, will bare all in Playboy! 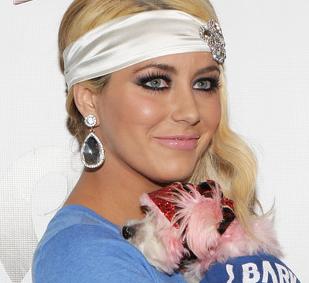 You could see her sizzling playboy cover here.

She revealed: “In this society we’re all taught to cover ourselves and our thoughts up. Nudity is a beautiful thing.”

The former Danity Kane singer posed for an eight-page nude pictorial in the magazine’s March issue (on newsstands Feb. 13), but her body isn’t the only thing she’s baring.

She continued about her love life: “I’ve done it in cabs, clubs, everywhere.”

O’Day, who has been linked with men such as DJ Cassidy, Donnie Wahlberg and R&B singer Jesse McCartney, admits that she has different priorities than most women.

She said: “I want to be that girl who gives a guy the best sex he has ever had, the sex he’ll never be able to get out of his head.”

She bragged about arguing with the “Making the Band” producer over what she considered to be poor management: “I was the only one who ever stood up to him.”

Despite her self-proclaimed “bad girl” persona, she does believe there’s more to her than the press shares.

She added: “Most of the stuff you’ve read about me is made up, and the best stuff about me you have yet to find out. I’m more of a catch than anybody realizes.”