“I don’t think it would be a good idea for Robert to be in a serious relationship with Kristen,” the actor’s aunt has said. 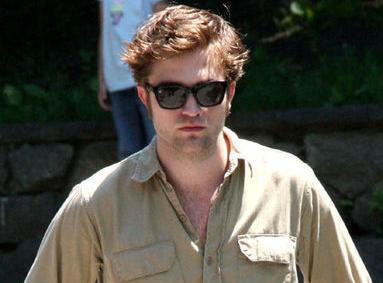 Robert Pattinson’s aunt, Diana Nutley, has expressed her hope that the British hunk won’t date his “Twilight” on-screen lover Kristen Stewart. “I don’t think it would be a good idea for Robert to be in a serious relationship with Kristen. How can he live his life with a fellow star, with their every move being watched just like Tom Cruise and Katie Holmes?” Diana tells Life and Style.

Furthermore, Diana also hopes his famous nephew will someday get back to his native England and marry an English girl. “He’s only 23 and probably won’t get married until he’s 40, if he’s got any sense. I think he will eventually come back home to England and fall in love with somebody he’s known since school,” Life and Style quotes Diana as saying.

Robert Pattinson and Kristen Stewart have become the subjects of dating rumors ever since they starred together in “Twilight.” Both of them have repeatedly denied they are dating, but romance talks keep swirling and even become overdrive as they reprise their roles in the upcoming “The Twilight Saga’s New Moon.” And recent report claiming Kristen Stewart has broken up with her actor boyfriend Michael Angarano adds fuel to the persistent rumors of her romancing Robert.