The medical examiner who oversaw a private autopsy on David Carradine said on Wednesday that the “Kung Fu” star died from asphyxiation and the way the actor’s body was bound allowed him to rule out suicide. 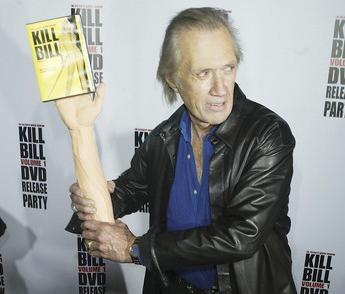 Carradine was found hanging in the closet of his Bangkok hotel suite on June 4 and his family hired New York-based forensic pathologist Dr. Michael Baden to conduct a follow-up death investigation to the one handled by Thai authorities.

Baden had earlier said the actor’s death was not a suicide, but details of autopsies have been scant and on Wednesday Baden stressed that his full determination of how Carradine died will not be ready until at least a week.

“The cause of death was asphyxiation, an inability to breathe, now why that happened is still what we’re working on,” Baden told Reuters.

Authorities in Thailand conducted the first autopsy on Carradine shortly after his death, and said on June 8 it would take a month to know how he died. A Thai police colonel told Reuters early in the probe the likely cause of death was asphyxiation.

Baden, the host of cable channel HBO’s “Autopsy” series, also said the ligatures, or ties that bind, which were on Carradine’s body at the time of his death helped him rule out suicide.

“He didn’t die of natural causes, and he didn’t die of suicidal causes from the nature of the ligatures around the body, so that leaves some kind of accidental death,” he said.

Contradicting media reports saying Carradine’s hands were tied behind his back, Baden told Reuters the actor’s hands were above his head.

A representative for Carradine’s brothers said the family had no comment on preliminary results of the second autopsy.

Baden, who oversaw a second autopsy in the United States after Carradine’s body was flown to Los Angeles from Bangkok, said he is awaiting more information from Thai police to rule out the possibility that Carradine was killed by someone.

Baden said he wants to see data from the pass keys for the hotel where Carradine died, and security video to ensure no one was in the room with him at the time.

The forensic pathologist said he is not disappointed with how long it has taken Thai authorities to send him material for his death investigation. “It takes time to finish a case sometimes, so it’s not unexpected,” he said.