Cindy McCain, who is the wife of Republican presidential nominee John McCain, has accused Barack Obama of putting at risk the life of her son who fought in Iraq by not supporting a troop funding bill. 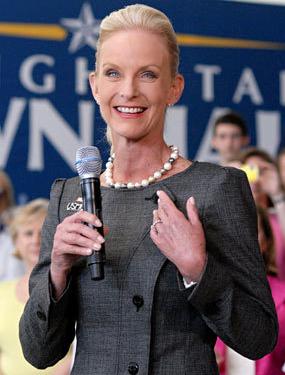 Barack Obama, who is the Democratic presidential hopeful, had voted against the bill in the senate last year, but later supported a version of the legislation that included a timetable to withdraw troops from the Middle Eastern state.

Cindy McCain and her husband John McCain have refused to discuss their two sons serving in the US military until the wife of Republican presidential candidate spoke at a rally on Wednesday night in the swing state of Pennsylvania.

She declared: “The day that Sen. Obama decided to cast a vote to not fund my son when he was serving sent a cold chill through my body. I would suggest that Sen. Obama change shoes with me for just one day and see what it means… to have a loved one serving in the armed forces and more importantly, serving in harm’s way.”

Both Cindy McCain and Sarah Palin have sons serving in Iraq, as does the Democratic vice presidential nominee.

Mrs. McCain sought to contest accusations that her husband’s election team has been unduly negative by saying Mr Obama had waged “the dirtiest campaign in American history”.

Michelle Obama, who is the wife of Democratic presidential nominee, defended her husband by saying her counterpart’s comments were unfair.

She revealed on television: “I know that Barack has the utmost respect for Sen McCain. He said so on so many occasions. You know, I think this has been a long, tough fight. And politics sometimes leads to things said between the candidates.”