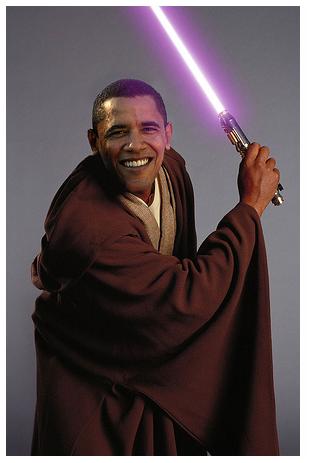 Barack Obama is ahead of his Republican rival 47 percent to 41 percent, The Associated Press-Ipsos poll showed. The survey was taken after the Democratic senator from Illinois had returned from a trip to Middle Eastern and European capitals, and during a week that saw the two camps clash over which had brought race into a campaign in which Obama is striving to become the first African-American president.

John McCain, who is the senator from Arizona, is leading by 10 points among whites and is even with Barack Obama among men, groups with whom Republicans traditionally do well in national elections.

Barack Obama leads by 13 points among women, by 30 points among voters up to age 34, and by 55 points among blacks, Hispanics and other minorities, the poll shows.

Independent Ralph Nader and Libertarian Bob Barr both won support from less than 5 percent of the registered voters surveyed. When people were asked who they would support if Nader and Barr were not on the ballot, Barack Obama’s lead over McCain was virtually unchanged.

The poll showed a huge Democratic advantage when voters ponder which party they would like to see control Congress next year. Democrats were favored over Republicans 53 percent to 35 percent, underscoring the mountainous disadvantage McCain and other GOP candidates are facing in the Nov. 4 voting.

The poll illustrated other ways damage has been inflicted on the Republican brand name as well. Just 18 percent think the country is moving in the right direction, and only 31 percent approve of the job President Bush is doing. Both readings are a bit better than the record lows in the AP-Ipsos poll that both measures scored in mid-July.

Congressional approval was at 19 percent, just above last month’s all-time AP-Ipsos low. Because Congress is almost always widely disliked as an institution and its members come from both parties, that reading is usually a murky measure of whether the majority party — Democrats this year — is in trouble.