Ben Affleck, who won a best screenplay Academy Award, has spilled the details on his relationship with Jennifer Lopez, saying, “It was probably bad for my career. “ 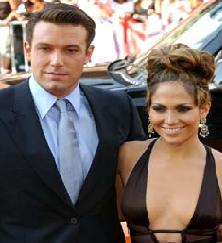 The actor continued, “What happens is this sort of bleed-over from the tabloids across your movie work.”

He added, “You go to a movie, you only go once. But the tabloids and Internet are everywhere. You can really subsume the public image of somebody. I ended up in an unfortunate crosshair position where I was in a relationship and (the media) mostly lied and inflated a bunch of salacious stuff for the sake of selling magazines. And I paid a certain price for that. Then, in concert with some movies that didn’t work.”

The celebrity couple, dubbed “Bennifer” by the tabloid press, planned to wed in 2004 but called it off at the last minute.

As for his new film “Gone Baby Gone,” he revealed, “I feel like this film is a linchpin for my life. My career. I have a lot riding on it. I want (the film) to work. Badly.”