Beyonce Knowles shocked fans at a performance on August 15. It is the time when she accidentally bared her breasts on stage. 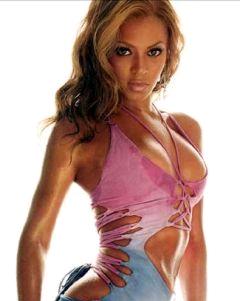 The “Beautiful Liar” singer was appearing at the launch of her clothing line “Dereon” in Toronto, Canada, when the accident occurred – but footage of the exposure has been posted on the Internet.

During an energetic dance routine, the singer’s top lifted up, revealing her bare breasts to hundreds of fans.

It is the latest on camera – and on-stage – embarrassment for the singer. Last month, footage of the singer taking a tumble at a gig in Florida was uploaded on video-sharing site, despite pleas from the singer for fans to keep the incident private.

You could see the mishap of baring her breast here.